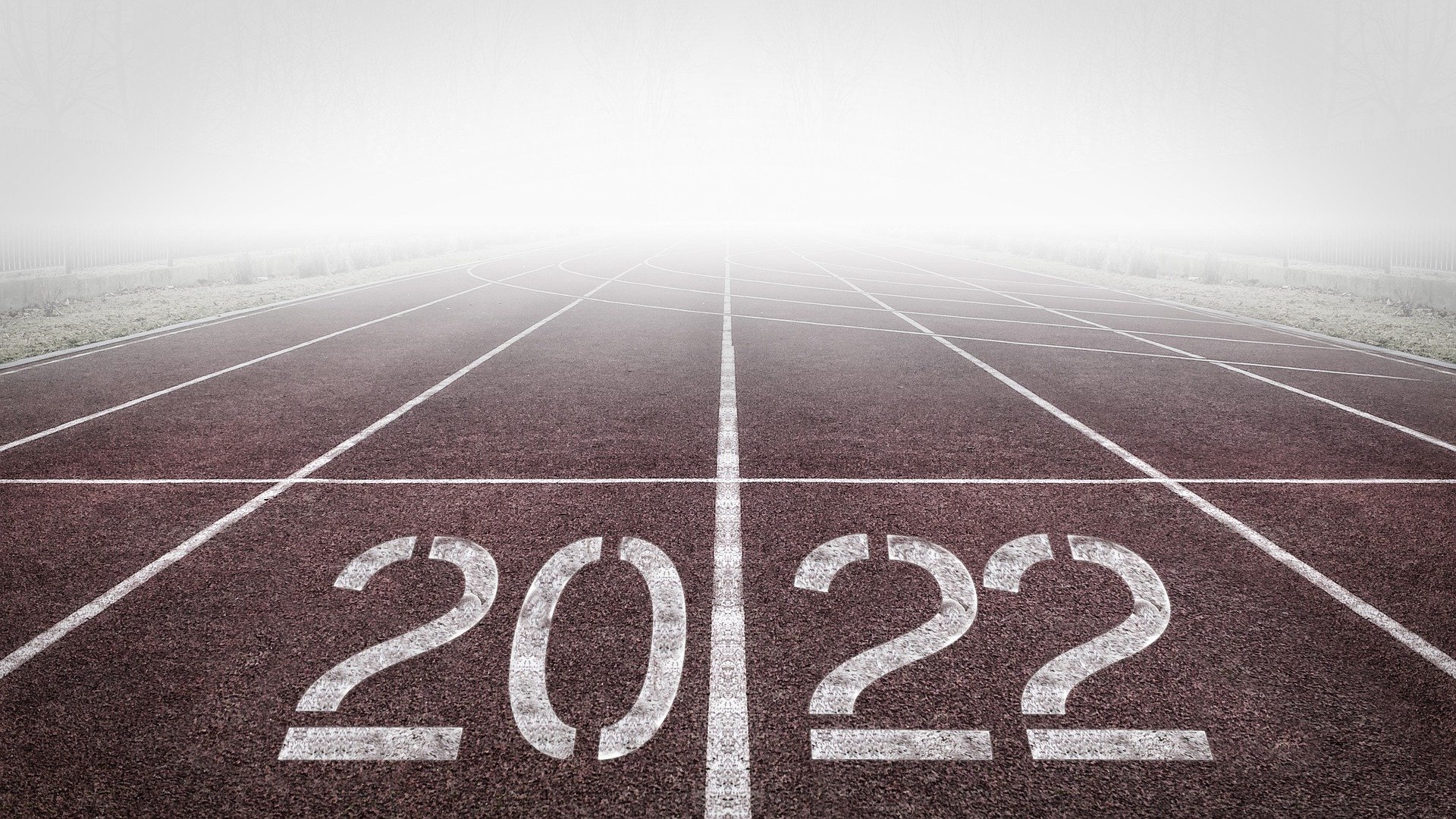 John had been working for several decades.  He made a decent income, spent with restraint, and saved consistently.  Based on his financial plan, he knew how much money he needed to retire.  As the finish line approached, he got more and more excited for the freedom he’d be able to enjoy.

But, then other feelings started creeping in.  Hesitation.  Doubt. Fear.

Maybe I was wrong.  If I keep working a little more, I’ll feel better, safer, happier.  I’m pretty sure I have enough money, but I want to be absolutely sure.  I’ll just work one more year.

Unless you have a secure defined-benefit pension, John’s experience is familiar for many of us.

As I worked toward my “financial independence number”, I was anxious for the extra time I’d be able to spend with my kids, the things I would build in my workshop, and the relief I’d feel at not having to endure the bone-crushing exhaustion of shift work in the ER.

The dream motivated me to save and invest, but as the dream got closer to becoming a reality, my mind automatically sought problems, weak spots, reasons to worry.  I think we’re wired for this; when we were hunter-gatherers on the African savannah, only the humans who were constantly looking for danger survived.  This is true for every animal: we fear the unknown.

In fact, money doesn’t just offer a sense of safety, it offers even more – validation.  We are constantly craving external signs that who we are and what we’re doing is valuable, respected, and worthwhile.  Working at a job, even if it’s hard, and being paid to do it scratches that itch.

Of course, there’s a trade-off.  Once you are reasonably certain that you have enough invested to sustain you, what are you giving up for the extra safety of working another year?  We are wired to place more importance on risks than opportunities.  I think this is especially true for savers.  What makes us savers in the first place is an ability to delay gratification; we recognize the risks of not saving and are willing to give up a certain amount of happiness now for more security later. It’s the marshmallow test for grown-ups.

“One more year syndrome” is really just an extension of this conservative mentality.

I’m not saying that working one more year is always the wrong thing to do.  Perhaps you discover that, in balance, you actually like your job.  Perhaps you realize your original assumptions about how much you needed to retire weren’t complete and more money would meaningfully increase the safety of your plan.  Or perhaps you’re a high-earner, and working one more year would allow you to significantly increase your spending in retirement on things that truly matter to you: travel, charity, grandchildren’s education, etc.

On the other hand, if your job is sucking the life out of you, leaving you tired and grumpy with your partner and kids, the calculus changes.  If it’s not meaningful and fulfilling in itself and doesn’t leave time for you to pursue things that are important to you, “one more year” could feel like an eternity and involve real costs.

You can always look at the math.  If it would take you ten years to save another $1million for retirement, using a general rule of thumb (the “4% rule”), that would allow you to spend an extra $40k/year.  Is it worth it?

I know a lot of people who become paralyzed by “one more year syndrome”.   The once inspiring vision of financial independence gets buried in a landslide of “What if’s”.  One more year becomes two, which becomes three . . . paradoxically, their fears rise with their net worth.  They want freedom, but only feel safe confined to a job.

“Life should not be a journey to the grave with the intention of arriving safely in a pretty and well preserved body, but rather to skid in broadside in a cloud of smoke, thoroughly used up, totally worn out, and loudly proclaiming "Wow! What a Ride!”

Working one more year is not always a bad idea, but it certainly can be if the decision is based on ignorance or fear.  Here are five questions that can help us know when enough is enough.

1. Are you confident in your numbers?

If you’re not sure of your financial plan, you’ll never be able to leave work and feel good about it.  Do you know how much your lifestyle costs now?  What size nest-egg do you need to support your lifestyle post-work?  Are your investments appropriate for a retiree?  Do you have a plan for drawing an income from your investments?  With a little effort, you can do all this yourself or you can enlist the help of a money coach or fee-only financial advisor.

2. Is your self-worth tied to your net worth?

Some people keep working because that’s where they feel valued, and there’s nothing wrong with that.  Others keep working just for the money; every dollar of income is a tiny band-aid on a mind that is hobbled by self-doubt and social disconnection.  More money will never make up for those shortcomings.

3. What do you need more, time or money?

What can tame our demons – and we all have them – is time.  Time to invest in our relationships.  Time to improve ourselves.  Life is a series of transactions between time and money.  With work, we trade our hours for dollars.  Financial independence means we have built up enough that we can have our time back: relax when we need to and choose our work based on our values, not on the paycheque.  If you’ve already achieved financial independence, ask yourself what matters more, the money you’d make by working, or the time you will lose.

4. What are you giving up by working?

Sometimes we make decisions based on what’s apparent rather than on what’s important.  The rewards of working a year are obvious – tens of thousands of dollars.  The rewards of not working are less obvious, but that doesn’t mean they’re less important.  The opportunity costs of letting inertia carry you along in a job that is profitable but uninspiring can be significant:  time with children, entrepreneurial ventures, meaningful volunteer work, etc.

5. What are you more likely to regret?

Picture yourself on your deathbed looking back on your life.  What are you more likely to regret: money or time?

A few years ago our family reached what I would call “Level 2 Financial Independence” – enough that we could live securely, though not luxuriously, for many years.  Continuing to work would have padded the coffers meaningfully.  On the other hand, our kids were over halfway finished their time at home with us before they’d be heading off in their own directions.  We wanted to travel, and we had an opportunity to do an epic one year family adventure.  So, what would I regret more, missing a few luxuries in the last half of my life or missing a life-defining experience with the people I cared about most?  What I realized is that I had a choice between two investments: my retirement or my family.  I was unbelievably lucky to have that choice at all, which made the right decision all the more obvious.

“Life is either a daring adventure or nothing. Security does not exist in nature, nor do the children of men as a whole experience it. Avoiding danger is no safer in the long run than exposure.”

A sincere thank you to those who have already donated – I process each one individually and appreciate your generosity. It takes time and real money to maintain this site. If you find this information useful, please consider donating. I’m not trying to get rich . . . 50% of donations are given to Doctors Without Borders. Thank you!

What I’ve been listening to, watching, and reading:

I learned a ton about inflation from this podcast.   For example, contrary to popular belief, retirees are not the most vulnerable to inflation.  Also how we can better assess how inflation is likely to affect us individually.

This post by Financial Samurai was really helpful in writing today’s post: Overcoming The “One More Year Syndrome” To Do Something New

Dave at Accidental FIRE wrote the post that inspired this one: “Is This The Condition I So Feared?” where he looks past the dollars and digs into his experience as a human being.  What he uncovers is a resilience that has surprising implications on financial planning.

EDIT: Just hours after I posted this, I discovered that Mark at My Own Advisor was posting on the same topic at exactly the same time!  Read his post HERE.

Yellowstone (Amazon Prime)- The Dutton family fights for their land and their way of life in Montana.  I don’t watch a lot of TV, but this show is brilliant, shocking, funny, and profound.  You’ll be thinking about the characters long after the show is over.

If you like science fiction, The Three-Body Problem by Cixin Liu is mind-blowingly good.  Originally written in Chinese, this translation by Ken Liu, who is also an incredible sci-fi author, is unlike anything I’ve read before.  I’m currently on the third book of the trilogy and I have to say, it keeps getting better and better.  It’s so good, there are TWO adaptations currently in production for TV.

Why is the stock market crashing?

Qtrade is the discount brokerage I've loved for 10+ years. Sign up now for 50 free trades!