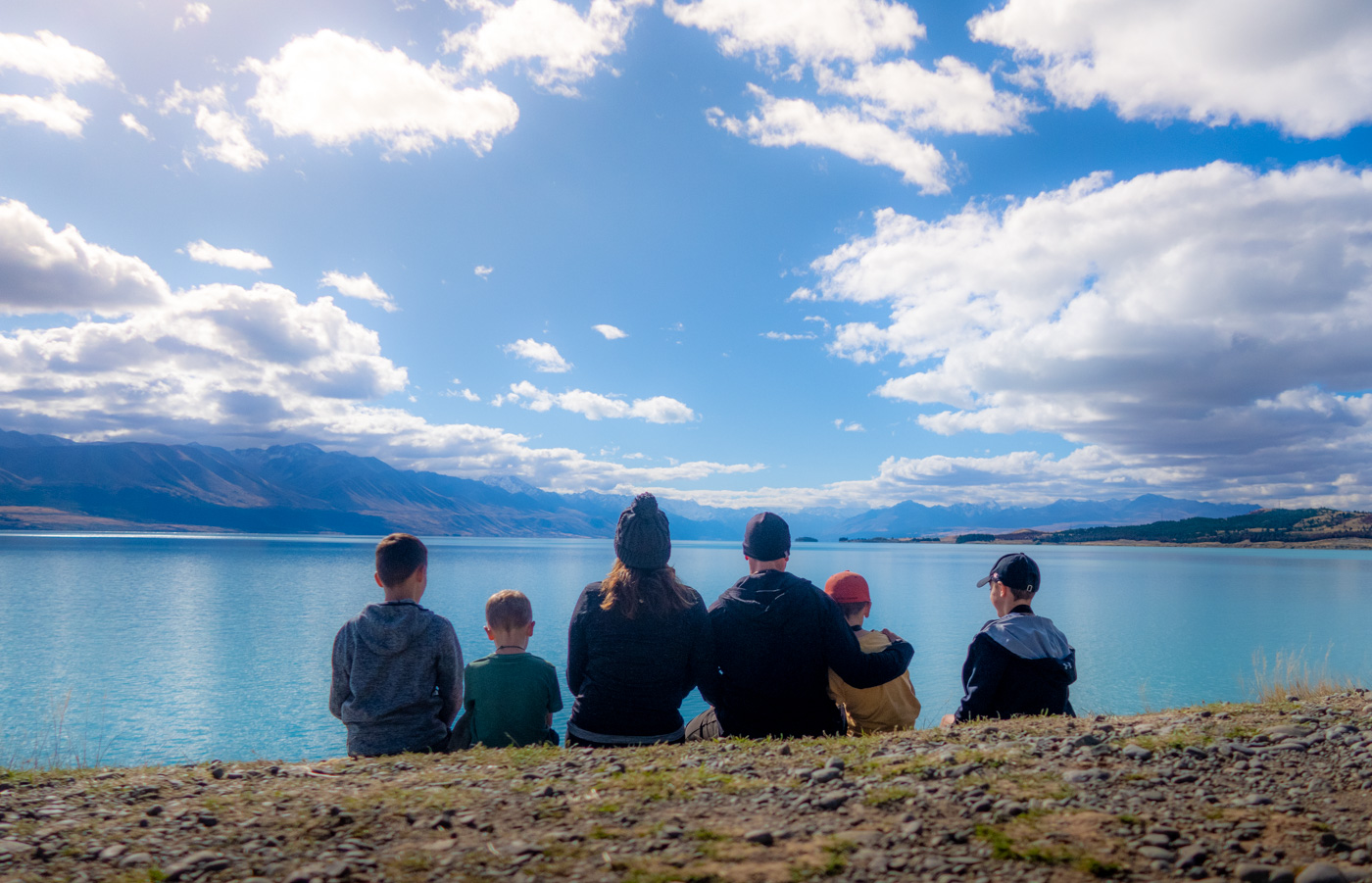 Retirement planning is a multi-billion dollar industry. If you are conscientious enough to save, there’s a good chance you are saving for retirement. Have you asked yourself, Why? Is retirement the right goal for you, or just a cultural norm that has been accepted prima facie? I think it’s time to stop saving for retirement and start saving for financial independence.

In this post we are going to uncover the psychological factors that may or may not support retirement as a valid goal, how retirement affects physical and mental health, and I’ll tell how shifting my savings goals from retirement to financial independence literally changed my life.

But first, let’s take a trip back in time to see where this idea of retirement came from.

Are we wired to be retired?

Homo sapiens have been around for roughly 200 000 years. Ninety to ninety-five percent of that time we were nomadic, traveling in tribes of 100-200 people, competing and cooperating for safety, hunting and gathering for sustenance. Money did not exist. “Saving” resources would have meant extra burdens to carry and hoarding at your community’s expense – not a winning evolutionary strategy.

We did not evolve to save. This is why it feels hard.

But we did evolve to contribute to our tribe up until the day we died.

About 12 000 years ago, our circumstances changed. We learned how to plant crops and domesticate animals – the agricultural revolution planted us in one spot. Suddenly, we had to plan for the future because, even though we’d learned how to extract more from the land, the seasons made that bounty inconsistent. If we didn’t stockpile for the winter, we died. If we didn’t plan for bad years, we died.

Bartering to satisfy short term needs expanded to accommodate long term needs, and ultimately, about 5000 years ago, money was born. Longer term planning prompted the use of currency that would represent value and could be exchanged for other things of value when the need arose at some future date.

But still, the idea of “retirement” did not exist until 1889. At the time, German Chancellor Otto von Bismarck was battling high rates of unemployment among the young, so he gave the elderly a way out.

“Those who are disabled from work by age and invalidity have a well-grounded claim to care from the state.”

He set the “retirement” age at 70, paying the old to leave the workforce and making room for younger, healthier workers. Politically and economically, it was a good idea. Other countries followed suit. The new concept of retirement quickly became an entitlement, and as the decades passed we wanted it earlier and earlier and more and more luxurious.

The paradox is that we evolved to contribute to the well-being of our family and tribe and also to be seduced by the idea of worry-free rest and relaxation. This is the set-up for a fundamental conflict between our present self and our future self.

The psychology of saving

You are a product of your experiences – that vast timeline of events that stretches out behind you like the contrail of a jet. The end product is the unique, complicated individual you think of as yourself. At least that’s how it seems.

The truth is, you are not a final product, and your path is not a straight line. Your situation, your wants, your needs, your priorities could change significantly in a week. It’s even more likely in a year. And it’s almost a sure thing in ten years. We take for granted the changes that led up to now and underestimate the changes that are yet to come. The you of now is just a single point on the meandering line of your life – and you don’t know what zigs and zags are coming.

The End of History Illusion

Psychologists call this cognitive blind spot “The End of History Illusion” and it is vital to understand if you are saving for the future. We think we know what’s going to make us happy, but we don’t. We tend to think that our priorities now will be our priorities forever. But the you of 2040 will be as different from you in 2021 as you are from the you of 2000.

Don’t believe me? Try writing your future self a letter sometime. How will your kids or grandkids have changed? Will you be dealing with new health problems? Is there a new COVID-19 to deal with? Who has died? Who has been born? Once you start thinking about all the things you don’t/can’t know, it becomes clear that you also can’t know your future self because those things will change you. And yet, you are responsible for the you of the future. In fact, you are responsible for that entire timeline of unknown selves that is yet to come.

This is as important as it is metaphysical. It’s the real reason to save. Not for some fantasy of retirement but because you don’t know what’s coming. You don’t know what your priorities will be, but you’ll be damn glad to have the financial resources to pursue them.

The “Freedom 55” lounge-chair-on-a-beach idea of retirement might sound nice, but it makes some big ugly assumptions about human nature.

First, it assumes that we’re happier living a life of leisure. In fact, the opposite is true. Retirees have a 40% increased risk of depression. Humans are wired to work. The ultimate goal should not be to stop working but to choose what we work for.

Second, it assumes that we’re healthier when we’re not working. Wrong again. Retirees have a 60% increased risk of receiving a physical diagnosis than non-retired people. We need to be physically, socially, and cognitively active.

Third, it assumes that we’re capable of making the transition. When the goal becomes a luxurious retirement as early as possible, we tend to overwork. Brought down by fatigue, we try to pick ourselves up by buying nice things. The relief is short lived, but the hit to our savings is permanent. Even as our happiness and savings rate decreases, we get used to more and more luxury. So we have to work harder, not just to maintain our current lifestyle, but the one that we think will make us happy in retirement. It’s a truly vicious cycle. And the real factors that lead to long, healthy lives – fitness, relationships, meaningful hobbies – are often neglected.

Retirement is a social experiment, and the results aren’t encouraging.

If not retirement, then what?

Okinawa is a Japanese island with some of the longest living people on earth. More importantly, they have the longest disability-free lifespan on the planet. Do you know what their word for retirement is? They don’t have one – not a single word describing the concept of stopping work completely.

What the Japanese do have is another word, ikigai (pronounced “icky guy”). Ikigai translates to “a reason for being”. For some this might be a dedication to community, for others a dedication to self-improvement. Either way, those who have ikigai, enjoy the drive and ability to willingly undertake activities that are meaningful to them.

Sounds nice, but does it make a difference? Yes, a big one. A study of 43 000 Okinawans found that those with ikigai had higher levels of education and employment, and lower levels of stress. They lived longer and were healthier – without retiring.

Our nomadic ancestors would hunt big game by chasing it. The bigger the prey, the longer the chase. We’re chasing something too – happiness and meaning – and we think it comes with retirement. We chase it until we’re collapsing with exhaustion only to find that, much of the time, it’s a hollow shape of the thing we needed. Those who successfully navigate retirement are not those who become sedentary in mind and body, but those who re-engage in new and meaningful ways. Ikigai.

My story: saving for financial independence

I just turned 45 years old and have been thinking about saving and investing for decades. Having a wife and four kids matured that mindset rapidly. I always liked the idea of wealth, not so much for the things we could buy but for the security and opportunities it would afford us.

Until about five years ago, I thought I was saving for retirement. Then my job as an emergency physician, which was always hard, started to become exhausting. Patients deserve caring, engaged doctors, so when I couldn’t recover between shifts, I knew I had to make a change. My wife and I looked at our savings and the equity we’d built up in our home with fresh eyes. “Retirement” was one way to use that money, but we had a better idea. We found our ikigai.

This might sound crazy, but we sold our house, our cars and most of our accumulated possessions, bought backpacks for all six of us and traveled around the world for a year as a family.

Perhaps the biggest lesson we learned was that we don’t know what’s coming. Looking back, all of the most important events in our lives were unpredictable. What were the chances we would meet at a house party in Vancouver in 2002? It was a pleasant and profound surprise that we were blessed with four kids. It was somewhat disappointing that my career in medicine would be short. We certainly didn’t know we had it in us to travel the world for a year with young kids. And, even though we love our small town Ontario life now, we joke that we’re “five year” people – every phase is an experiment, and that keeps us both humble and flexible.

Saving for what matters . . . even if we don’t know what that will be

So, we organize our finances appropriately. A big house and nice cars don’t matter, but family dinners and being around when the kids need me matters a lot. I make things out of wood and that is starting to bring in a little money. I’m also developing a financial education course for physicians that is all about improving wellness through financial independence. It is sorely needed and deeply satisfying. And, of course, there’s this blog.

Some people are dying to retire. Others could take it or leave it. For the first time, I’m realizing I don’t want to be retired at all. Fulfillment comes from pushing at the boundaries of what I can do to make myself a little better and help those around me become a little better too. That’s not easy. It’s work. But it’s damn good work.

If you are beginning your investing journey, please make use of the free content on this site and grow your portfolio. If you have achieved financial independence and have a few dollars to spare, I hope you will consider supporting DividendStrategy.ca. I’m not trying to get rich . . . 20% of donations are given to Doctors Without Borders. Thank you!

How to think about bear markets

Should I use stop loss orders?

Q&A with Tom Connolly from www.dividendgrowth.ca